Where are my beautiful bluish Mophead Blossoms? Woe is me… 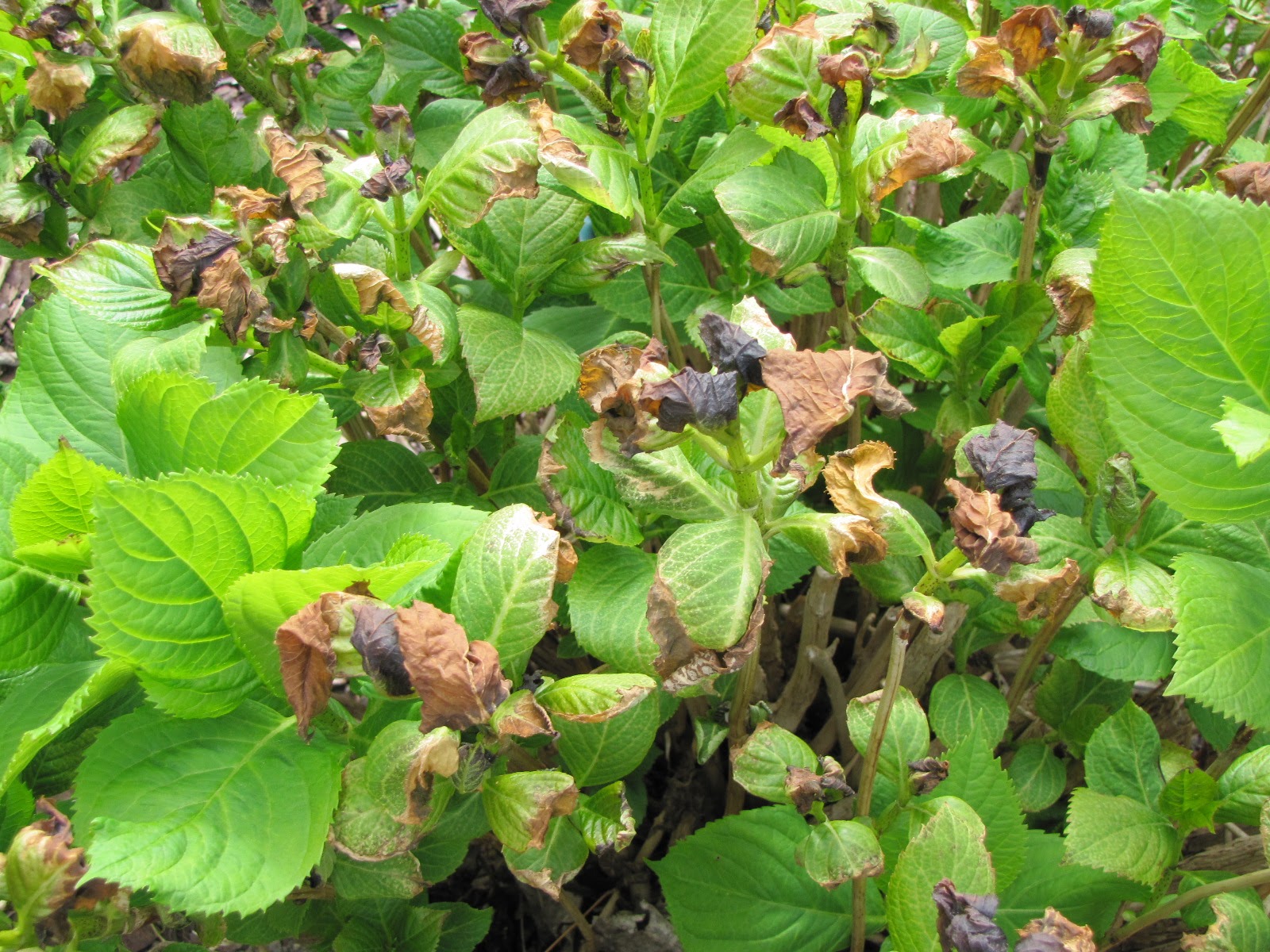 Well, it like this. Seems like every time you get something, sooner or later you pay the price somehow or another. Remember back in February, man was it cold and windy, but lo and behold what’s this, 60 and 70 degree weather back to back, a week in the 50s. Surely Spring has Sprung, and while we were outside backing in the warm winter sun, the mopheads woke up.

“Surely Spring has Sprung” they also said, and they kicked the flower factory into gear. Inevitably, Old Man Winter came back with a vengeance and well, they paid the price.

The winter of 2016 and 2017 was a “hydrangea flower killing winter” because of two things. First of all, it was mild, mild, mild for a long time. But then, after such warm weather it suddenly dropped below zero over one weekend in February. That killed off many hydrangea flower buds. And many that made it through that period got zapped later in the spring. 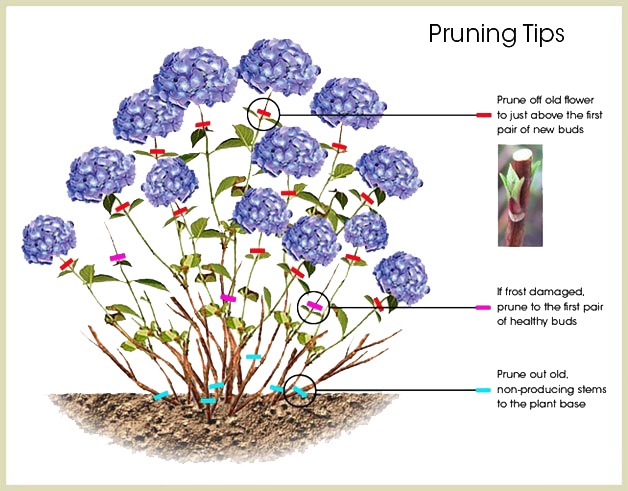 We had a very warm March in the Northeast, and many hydrangea buds started to swell and break dormancy. Then the second week in April the temperatures dropped into the 20’s, killing off any remaining flower buds.

Most flower buds develop on the old stems. Once these stems are damaged in a late freeze, new flowers will not appear until the following year and only then if it is a milder spring. (This is the rule for the vast majority of mopheads [macrophyllas] but there are exceptional hydrangeas that will bloom despite this damage).

What can you do for next year? Remove all dead canes. The ideal time to do this is in late May. Next, don’t cut your shrubs back this fall. Keep them deeply watered less often (usually every 5 to 7 days)and give them an application of an organic fertilizer in the spring. 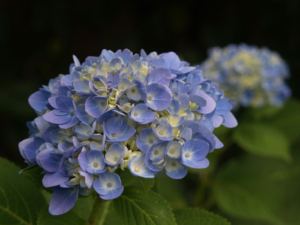 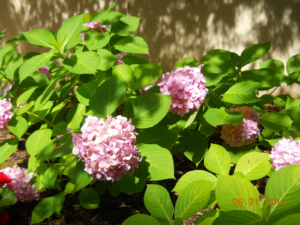 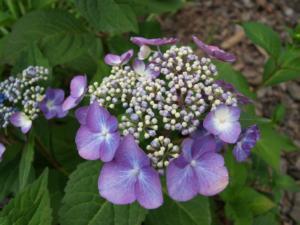