Decorate with Pumpkins This Fall

Everyone loves the jack-o’-lantern.  Spooky, silly or just plain cute, the carved Halloween pumpkin is a staple for the front porch in October. Carving pumpkins into jack-o’-lanterns is a popular Halloween tradition that originated hundreds of years ago in Ireland. Back then, however, jack-o’-lanterns were made out of turnips or potatoes; it wasn’t until Irish immigrants arrived in America and discovered the pumpkin that a new Halloween ritual was born. Without a doubt pumpkins are supreme when it comes to Autumn and Fall Decor. 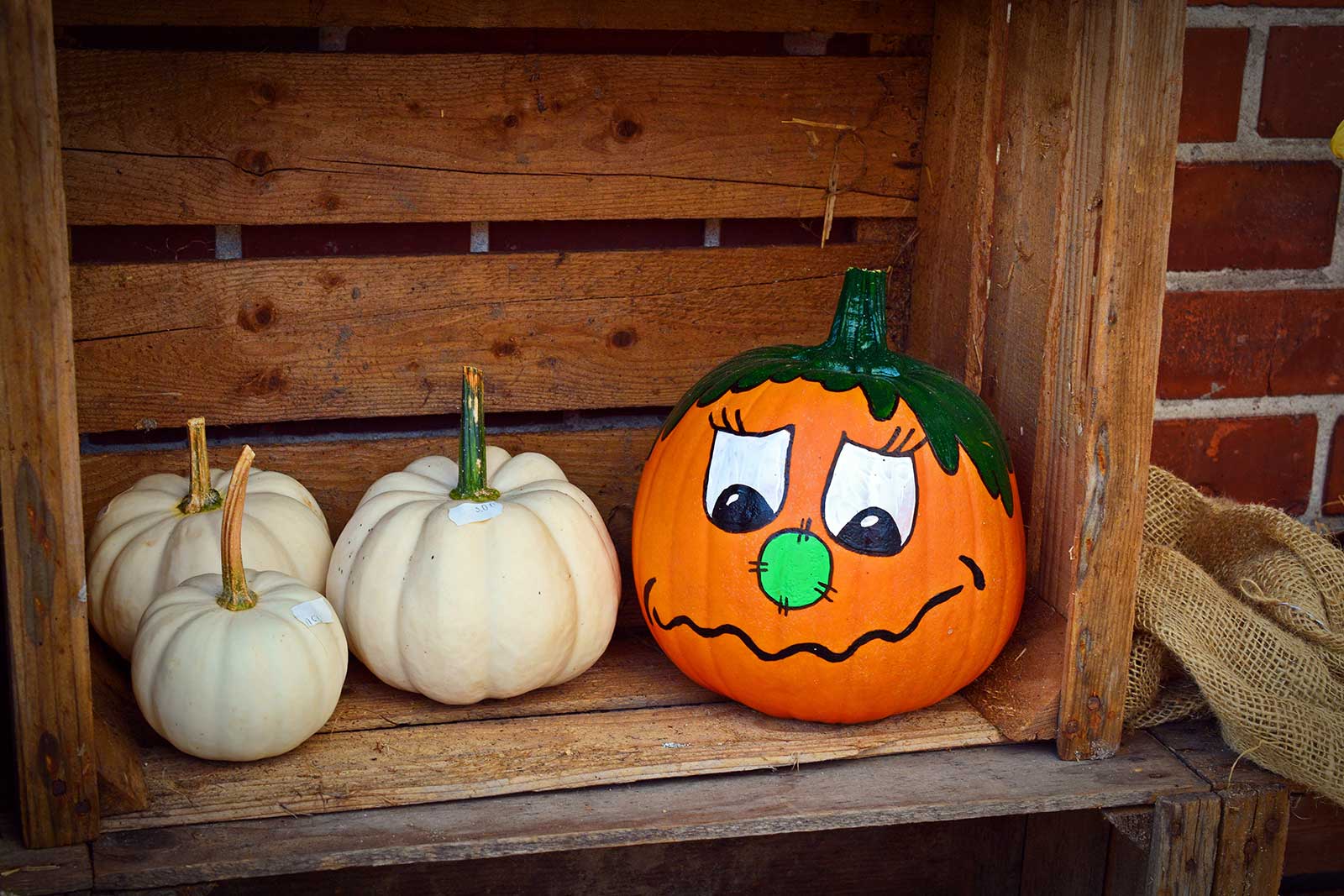 We adorn our homes both inside and out from mid September through the Thanksgiving holiday season. While many of us still carve our jack-o-lanterns many a do it yourselfer is now turning to paint as their medium for pumpkin decorating.

One idea often overlooked is use pumpkins as containers. Any plant you would normally put in a container can easily be added to a pumpkin planter. Popular options include fall favorites such as chrysanthemums in rich autumn tones, as well as other seasonal blooms. You can also plant herbs in smaller pumpkins for a windowsill garden, or even use tiny pumpkins as succulent planters.

But why stop there?  Colorful gourds, squash and pumpkins make excellent accents and focal points for Thanksgiving decor! Thanksgiving is, after all, about giving thanks for many things including a bountiful harvest. Try filling a large wooden box or basket with colorful gourds and you have an instant fall centerpiece that’s casual, quick and easy. For a more traditional look you can stuff a cornucopia with a selection of gourds, small pumpkins and squash. Looking for something a tad more formal?  Stick with a simple groupings of all white. Use ghost pumpkins, white jack gourds and pale green, white or yellow squash. Simply scatter them on a table runner, arrange in a decorative container or try placing the small pumpkin like gourds atop candle sticks for an elegant accent.

Pumpkins and Gourds for Painting and Carving 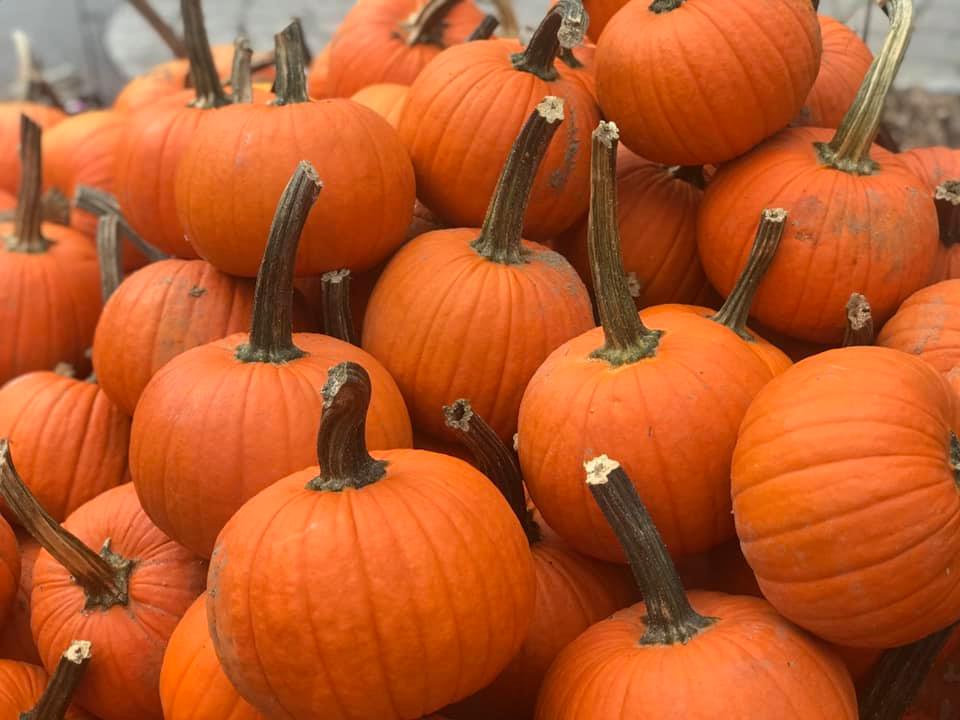 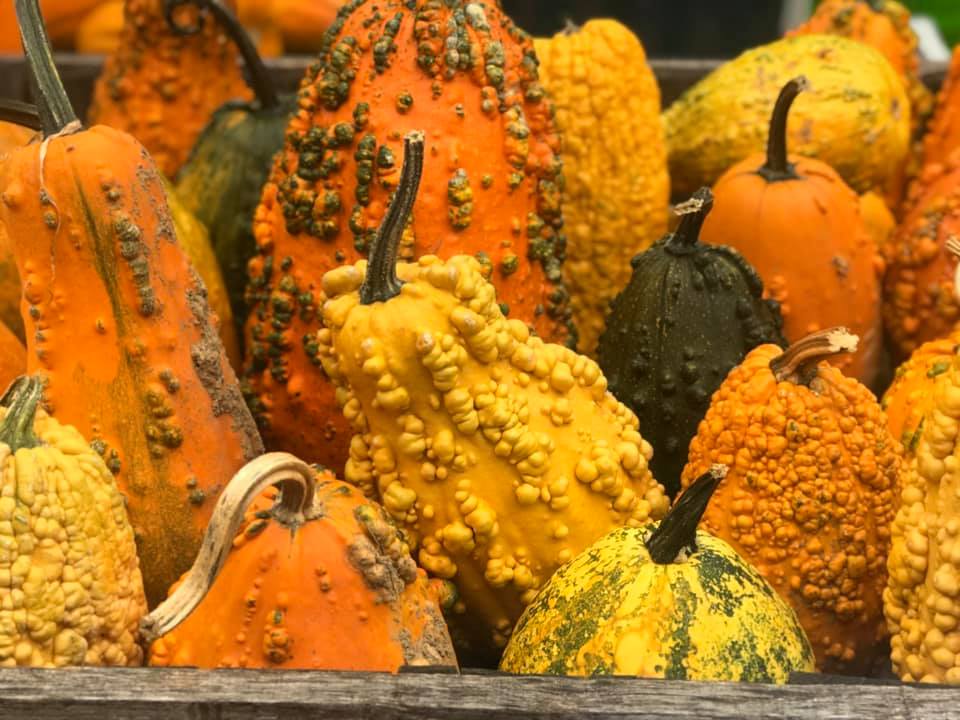 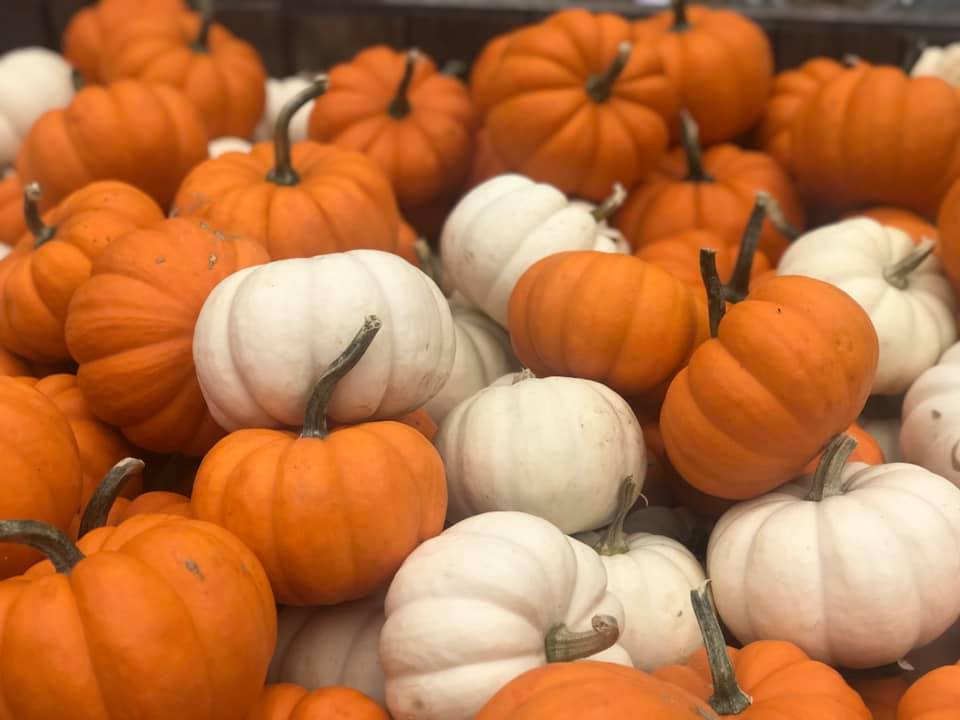 Before you embark on your own pumpkin-painting adventure, be sure to read through these tips so you can create a stunning painted pumpkin that will last!

The perfect pumpkin will be one without blemishes, particularly without any rotten spots. If you want to incorporate some warts or other features into your design, go ahead! Otherwise, it’s important to look for a pumpkin with shallower ribbing to give you an easier surface to paint on.

Before you jump right into painting your pumpkin, you should prepare the surface. Like with any pumpkin decorating technique, you should always wash your pumpkin first. Wipe it down with a sanitizing wipe or with a soft cloth and some mild soap. This helps to remove dirt and grime to give you a clean surface to paint on, and it also removes bacteria that might speed up the rotting process. 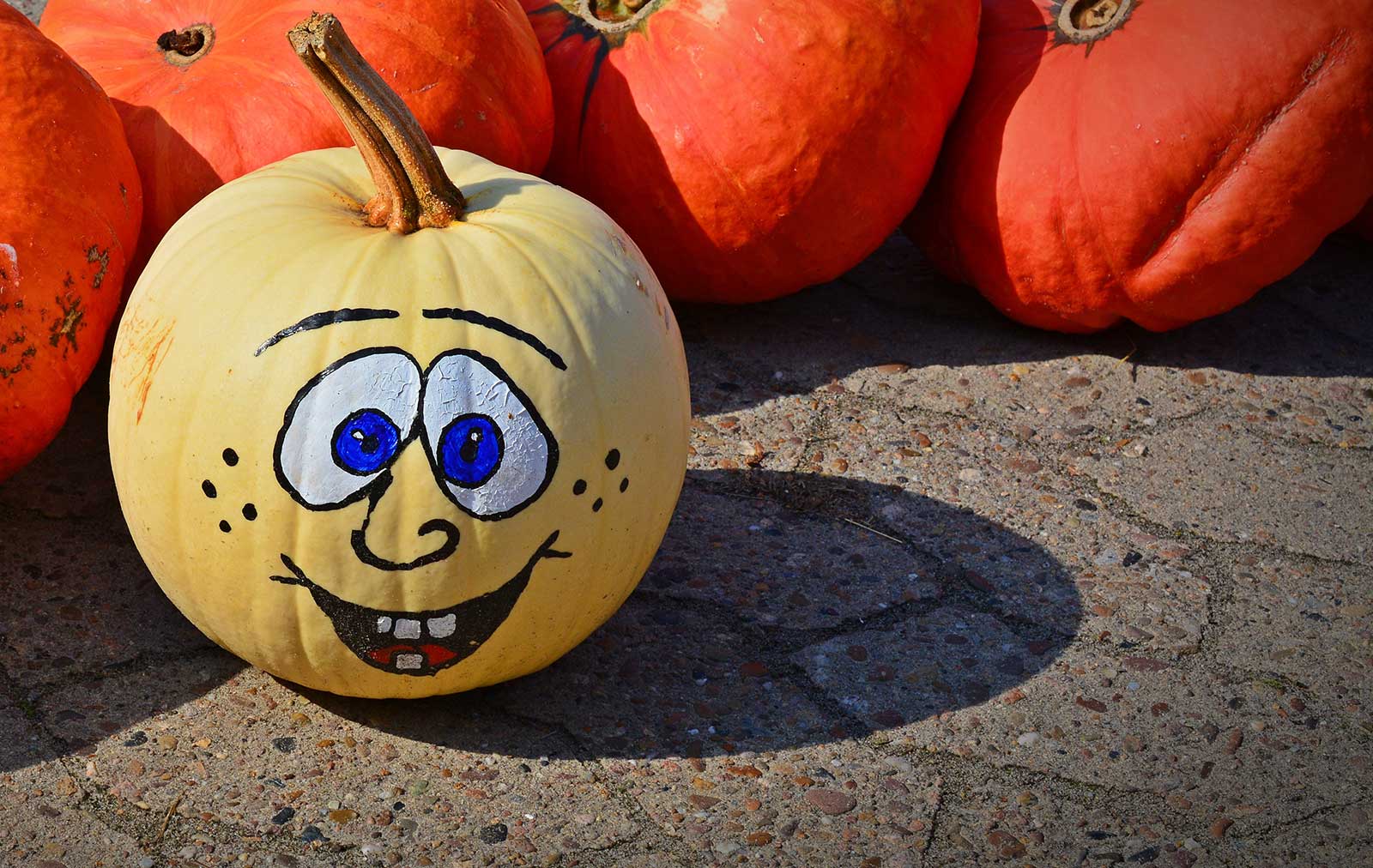 Sealing your pumpkin is optional, but it helps to give you a good surface to paint on upon. TO seal a pumpkin cover it entirely with either an aerosol or brush sealant. It won’t necessarily preserve the pumpkin itself, but it can help with paint application.

Use the Right Paint

Choosing the right paint for your pumpkin depends on a couple of factors. If you’re painting with smaller children then choose a washable paint so you don’t have to worry too much about the mess! If it’s just older children, teenagers or adults, acrylic or spray paint are the best paints for pumpkins as they won’t crack and leave unwanted blemishes, and puff paint can be used for the finer details, one of which is creating a lacy effect.

Paint with the Proper Brushes

Pumpkins can and are quite sturdy but their skin are easily damaged. While painting your pumpkin, you’ll want to avoid hard, bristly brushes. Instead go for sponge brushes and/or brushes that have soft bristles.

The History of Pumpkin Traditions

In the United States, pumpkins go hand in hand with the fall holidays of Halloween and Thanksgiving. An orange fruit harvested in October, this nutritious and versatile plant features flowers, seeds and flesh that are edible and rich in vitamins. 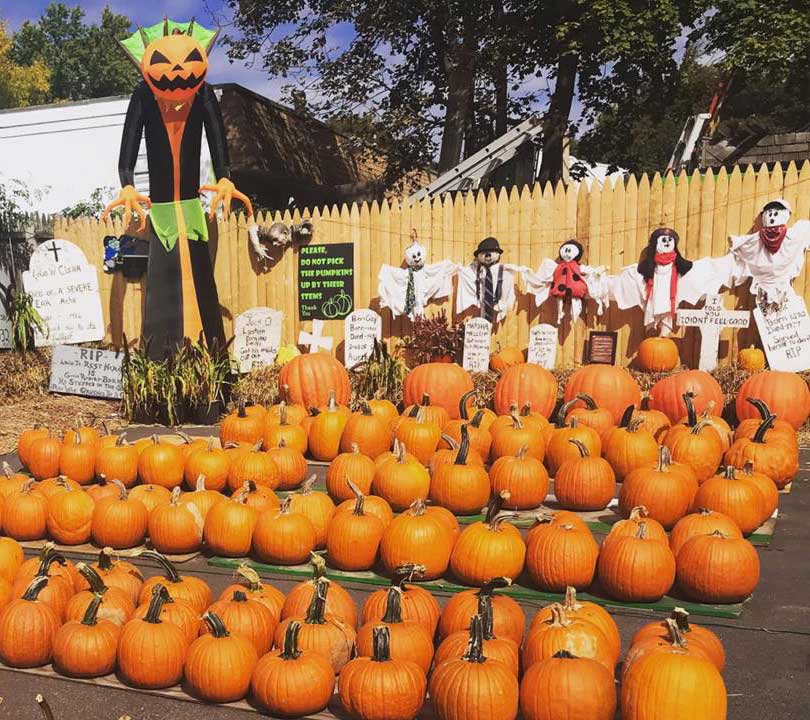 Pumpkin is used to make soups, desserts and breads, and many Americans include pumpkin pie in their Thanksgiving meals. The largest pumpkin pie ever baked was in 2005 and weighed 2,020 pounds.

Pumpkins have been grown in North America for five thousand years. They are indigenous to the western hemisphere. Pumpkins, which are a type of squash, were first found in the Americas, primarily in the area of Central America and Mexico. Native Americans carried pumpkin seeds into other parts of North America. They cut pumpkins into long strips and roasted them over a fire. They also wove dried strips of pumpkin into mats. The Native Americans ate pumpkin seeds and also used them for medicine.

Columbus took pumpkin seeds back to Europe, but they did not grow well there. In 1584, after French explorer Jacques Cartier explored the St. Lawrence region of North America, he reported finding “gros melons.” The name was translated into English as “pompions,” which has since evolved into the modern “pumpkin.”

Pumpkins are low in calories, fat, and sodium and high in fiber. They are good sources of Vitamin A, Vitamin B, potassium, protein, and iron. 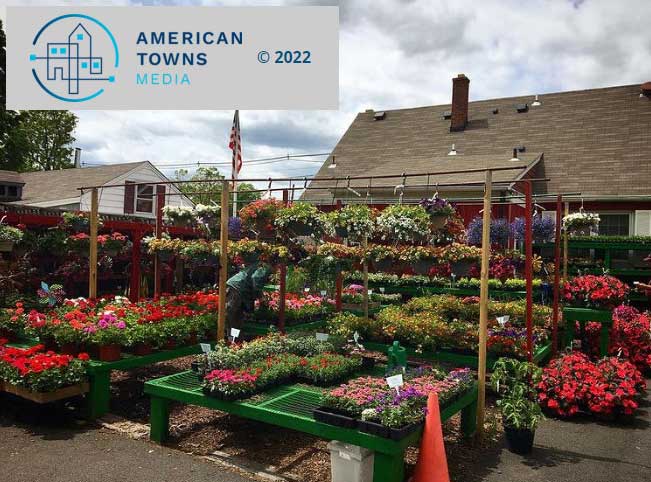