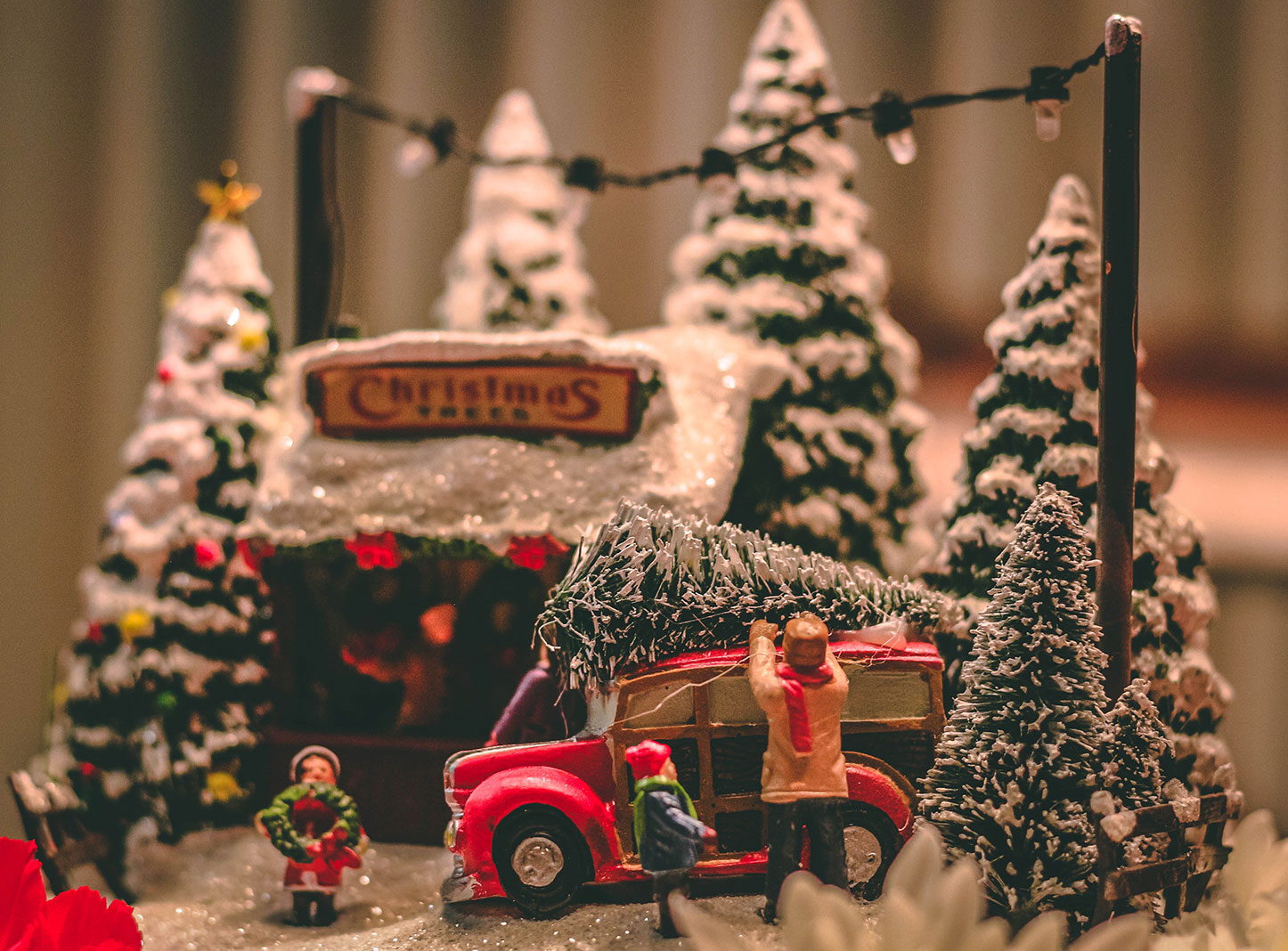 Where Christmas Shopping is Family Fun

It’s not what’s under the Christmas tree that matters, it’s who’s around it.

It’s almost time. Santa’s helpers at Goffle Brook Farms are getting ready for fresh cut and live Christmas Trees which will be available starting November 22nd for your holiday decorating. Donna and Jen are looking forward with gleeful anticipation to seeing all the new friends they made this summer at the garden center farmer’s market shopping this holiday season. 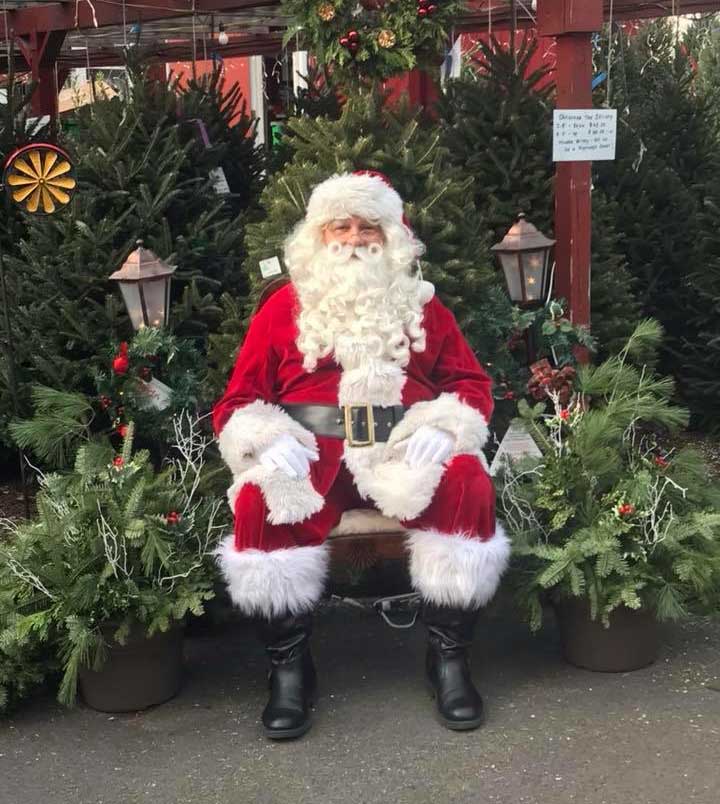 Just like last year and the fifty before that one; you can come here to pick out your “perfect” Christmas tree that will be a centerpiece of celebration in your home with many memories of family and friends made over a cup of hot cider, tea or wine perhaps.

Fraser Firs are our usual request for Christmas trees so of course we have them again fresh from the mountains of North Carolina where they are native and abundant. This year we will also be offering the sweet scented Concolor Fir, which along with the Fraser Firs will fill your home or office with the sweet essence of holiday aromas wafting in the atmosphere.

Choose from our selection of fresh cut and live Christmas Trees ranging in size from smaller 3 to 4 ft sizes (great for apartments) to the grand 10 to 15 ft specimens, just waiting for the family decorating party.

We have a large selection of wreaths, both decorated and undecorated, plenty of roping to add that touch of elegance and greenery, poinsettias, giftware, bows and much more. Need a cemetary piece or grave blanket? We have nice holiday remembrance items for you to choose from.

Need an oversized or tall tree for an office setting, corporate lobby or church and/or organization? Give us a call and we’ll be glad to help you. Delivery Available…

Santa Claus will be making a last minute appearance at Goffle Brook Farms on December 24th from 2 pm until 3 pm. He is heading back to the North Pole to get the show on the road so be sure to be here as it’s your last chance to ask him for that special gift or wish to grant someone this holiday season. Stop in and bring the kids to wish Santa a very merry Christmas. 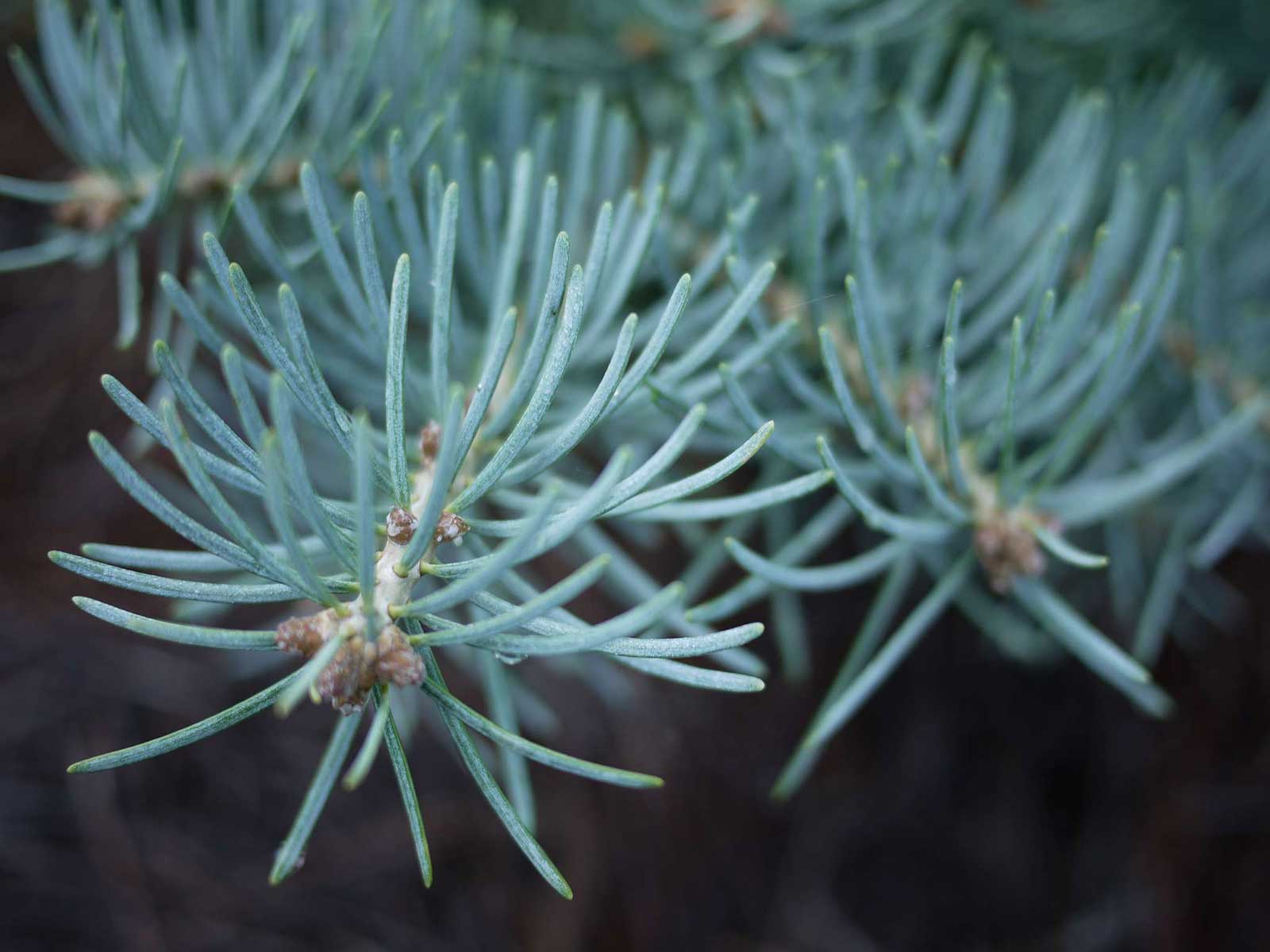 The Concolor Fir Christmas Tree is an elegant tree that presents itself in an upright, sweeping manner with it’s silverfish-green foliage that may be as blue as a blue spruce . It has excellent needle retention.

The big draw for this species, however, is the strong, citrus-like scent of its needles which complements any holiday setting with a distinctive aroma fragrance often described as a mix of a mix of evergreen and citrus scents that wafts through the air.

Often referred to as the “Rolls Royce” of Christmas Trees, Fraser Fir has blue-green needles with silvery undersides. The branches are stiff and hold up well to ornaments. The trees have a pleasant scent and needle retention is excellent.

The branches of the Fraser fir turn slightly upward and are dark blue-green in color. Fraser Firs have the traditional Christmas, pyramid-like, tree shape; its slightly upturned branches give it a more rounded base, making it an excellent choice for a holiday tree.

“show this coupon at checkout” 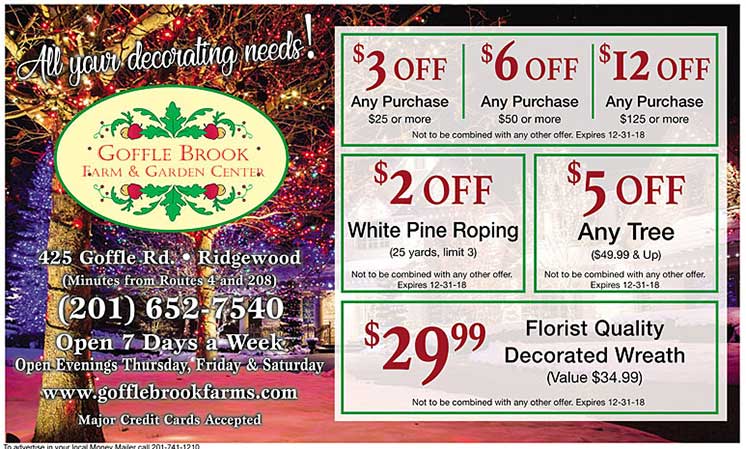 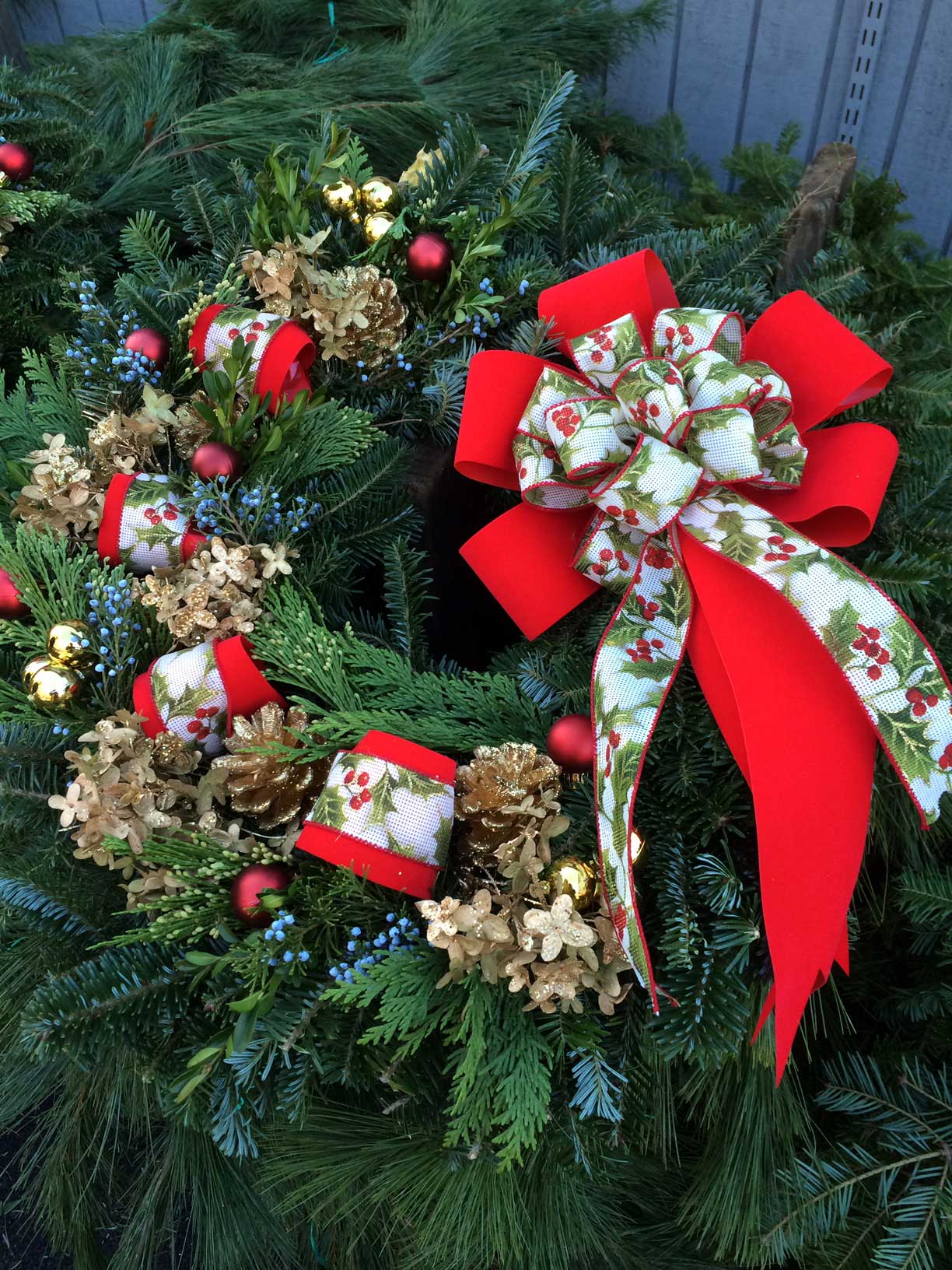 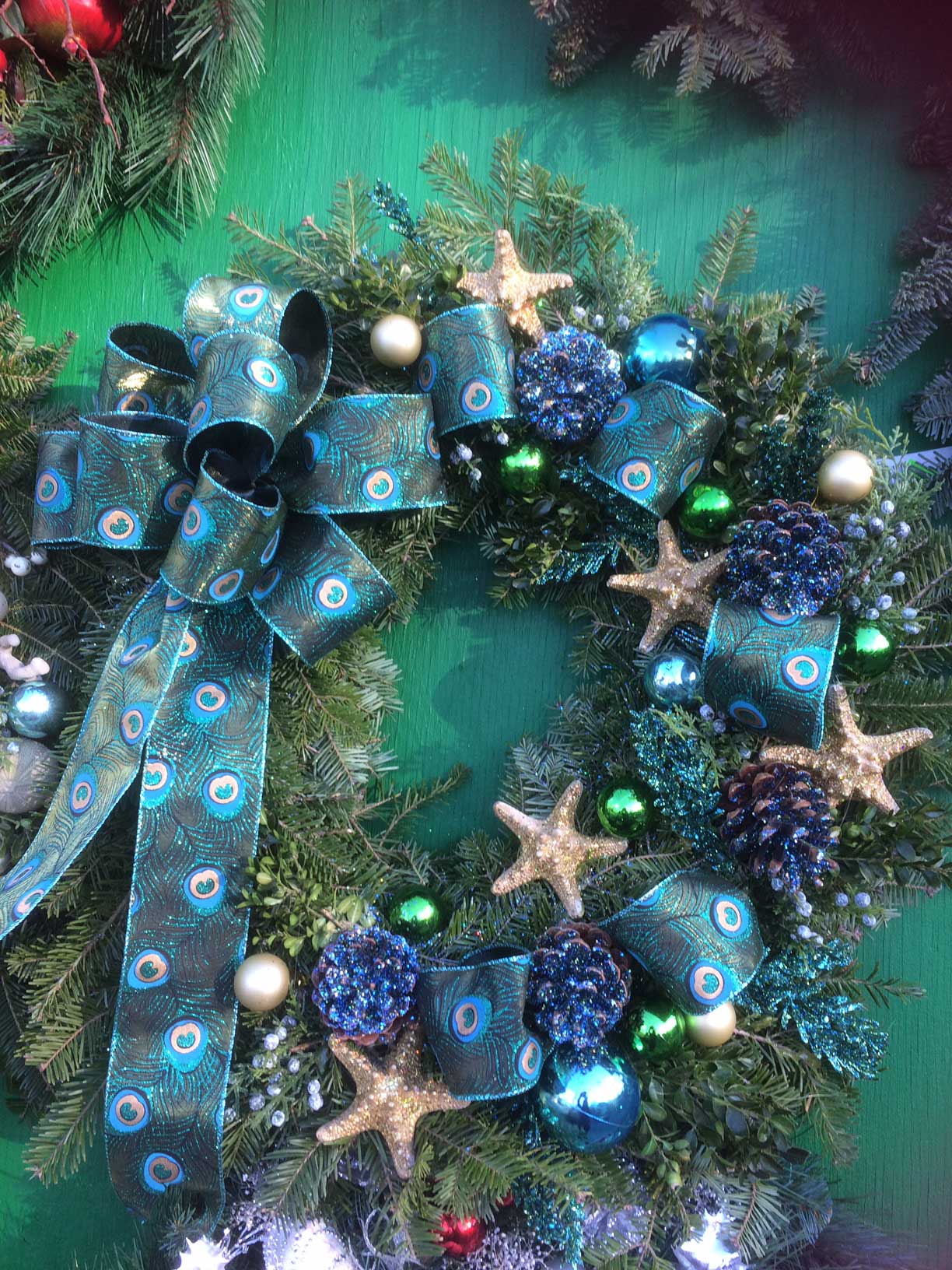 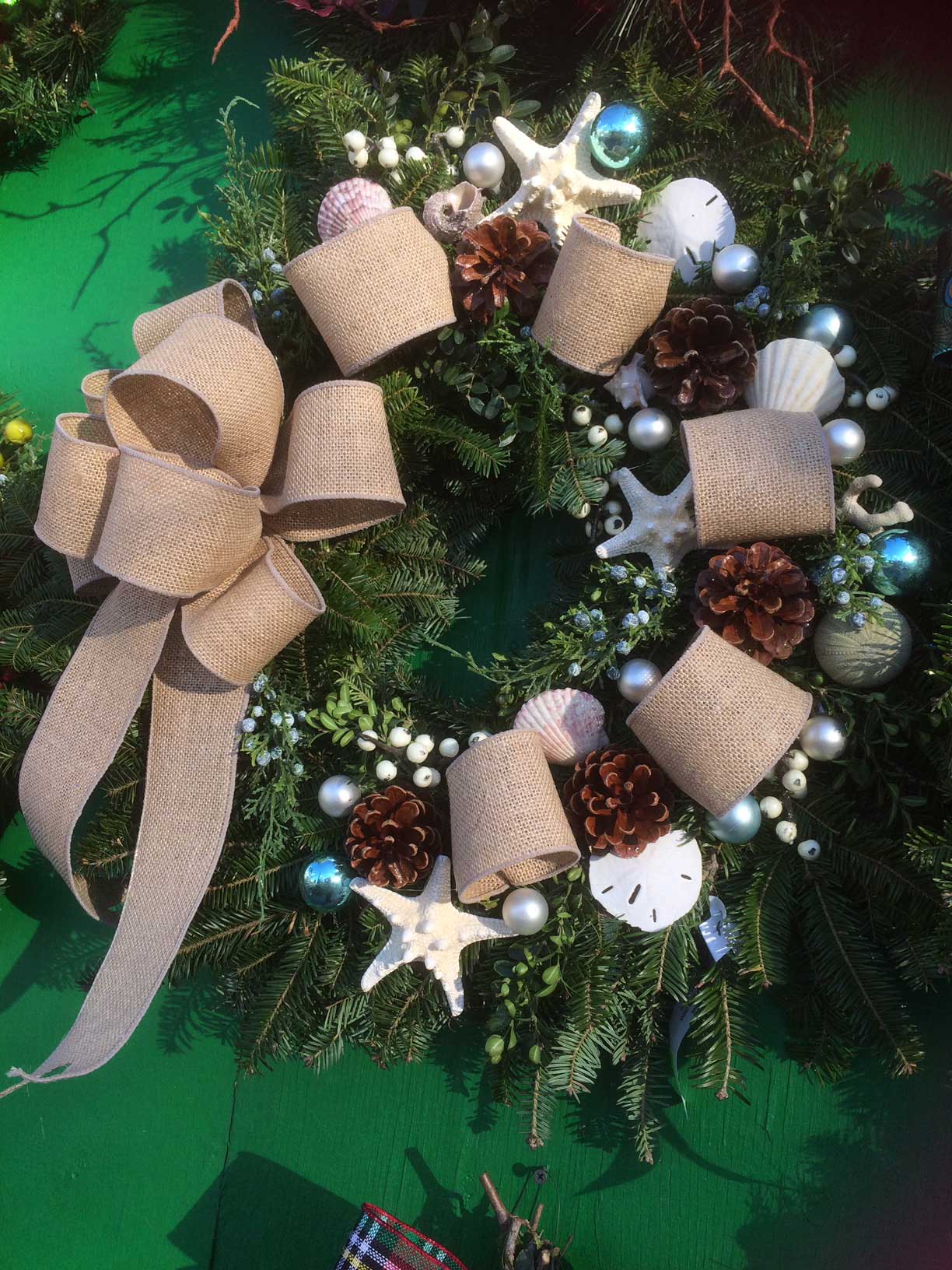 At long last, gift wrapped presents lie beneath the tree, all aglow with lights and decorations, the scent of jasmine wafts through the home, christmas music sets an undertone and the wreath is upon the door. It’s that magical time of the year when mysteries are unveiled and wonders await.

So how did this all start? What is the history of gift giving? When did Christmas gifts become the highlight of the season? The idea of giving gifts more than likely originated when the Three Kings brought offerings to baby Jesus upon his birth. Throughout history, there is documentation of gifts being exchanged during Three Kings’ Day as well as on Christmas Eve. 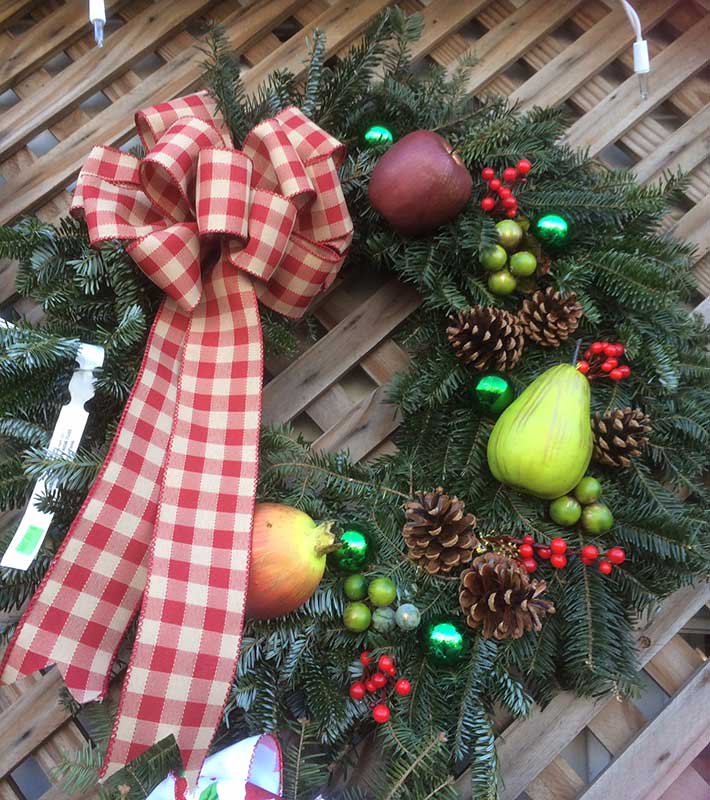 Christmas wreaths are another holiday tradition that has been around seemingly forever. The word ‘wreath’ is derived from an English word meaning to twist, such as in a circle. Some believe that initially wreaths were hung on doors in Ancient Rome to represent victory. Since evergreens are green year-round, they were the obvious choice during the winter months.

In Christianity, the Christmas wreath was used to symbolise Christ. The circular shape, with no beginning or end, represents eternity or life never ending. The wreaths were typically decorated with four candles, three on the exterior and one in the middle. The middle candle was lit on Christmas Eve to symbolise the arrival of the Light of the World – Jesus.

A tradition began in the early 19th century to lay evergreens shaped into wreaths or crosses on graves to honor the dead. Family members would bring them home to use as part of their Christmas decorations during the holiday season.

During the holiday season who wouldn’t want to display the beautiful colors of the holiday season upon their door during this festive time? Our Christmas wreaths come in many styles and designs and range in sizes small, medium and large. There are traditional wreaths with velvet red bows adorning noble fir branches speckled with berries to the more regal choice such as gold satin bows atop pine boughs embellished with juniper berries.

For the do it yourselfers we have undecorated wreaths of 12″, 14″, 18″, 30″, 36″ and 60″. You can find bows, decorations and other holiday decorating items here also to complete your gift and/or wreath.

Christmas at Goffle Brook when every year the garden center is transformed into a Holiday Wonderland. We have Christmas wreaths both decorated and undecorated. Wanting more than just a plain bow? Our staff can help to customize your wreath to whatever your heart desires. Need some do it yourself decorating items? We have it them. We also have all the Christmas decorations for your home and office as well christmas and holiday decor that you can buy and do it yourself.

What is Christmas without the fresh wonderful smell of fresh greens in the house? We have a large selection of greens to help you decorate your holiday home. For those who have went on before us, we do offer grave blankets for the cemetery as well, that we hand make ourselves. From there we can customize your decorations to fit your loved one.